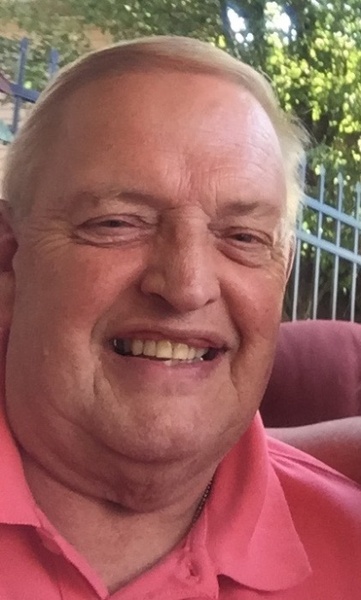 Bill grew up in Eagle Grove, IA and graduated from Eagle Grove H.S. in 1966 before enlisting in the U.S. Marine Corp where he honorably served his country from 1968-1971.  Bill earned an Associate’s Degree from Iowa Central Community College in 1971 before completing his Department of Justice (Police Officer) Course at Mira Costa College in California.  Bill was Chief of Security for Winnebago Industries and Iowa Lutheran Hospital before becoming Adel Chief of Police in 1974.  He remained with the Adel Police Department until 1996 when he became a Fire & Loss Investigator for Grinnell Mutual Insurance Company until his retirement in 2005.

Bill married Sandy Durham on June 21, 1997 in West Des Moines.  He loved his animals dearly; which have included over the years, Fang, Buddy, Hogan, Toby and Duncan.  He loved gardening, collecting guns and taking cruises.  He adored his grandchildren and  loved spending time with them.

Bill was preceded in death by his parents; brother Steve (Beverly) and sister Marjorie Lynn.

Visitation will be held Friday, April 24, 2020 from 10:00 to 11:15 am. at Ernst Funeral Home, Waukee. Due to COVID-19 restrictions, no more than 10 people will be allowed inside the building at any given time, so your patience and understanding will be appreciated as we navigate traffic.  A private family service will follow with private interment services at the Iowa Veterans Cemetery in Adel.  Bill’s service can be viewed at Ernst Funeral & Cremation Services Facebook page (see link).   https://www.facebook.com/ernstfuneralcremation/videos/574939939798453/

Memorial Donations may be directed in Bill’s memory to: Puppy Jake Foundation, PO Box 12220, Des Moines, IA 50312; www.puppyjakefoundation.org.  Cards of remembrance may be directed to Sandra Hanson, c/o Ernst Funeral Home, PO Box 986, Waukee, IA 50263.  The family would like to thank everyone involved in Bill's care over the past year.  A special thanks to everyone at Wesley Life Home Health Care, especially Arielle, and everyone at UnityPoint Home Hospice.

To order memorial trees or send flowers to the family in memory of Willard "Bill" Hanson, please visit our flower store.