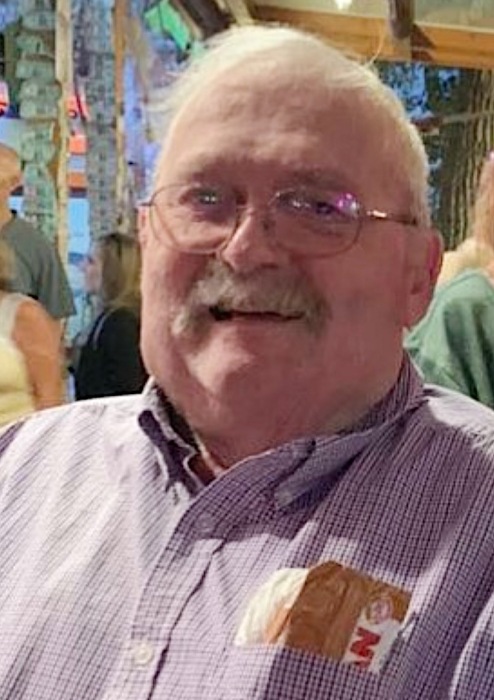 William (Jim) James Hermann Jr. of Waukee, Iowa passed away at the age of 80 on June 24th.

Jim was born to the late William (Bill) and Kathryn (Kay) Hermann on May 19, 1940. Jim graduated from Waukee High School and attended Grandview University. Jim married Carolyn Burger and they spent 56 years together. Jim served in the Army and was stationed in Stuttgart, Germany. He worked for Sears Roebuck, retiring in 1999 after 40 years of service. During this time, Jim and family moved to the family farm in Waukee.

Jim's greatest love was spending time with his family and twelve grandchildren. Jim was a big sports fan and loved attending his kids and grandkids sporting activities. Jim was the grandkids biggest cheerleader. He also cheered on the Iowa Hawkeyes, Minnesota Twins and attended the Drake Relays for 50 plus years. Jim and Carolyn also enjoyed spending time at their cabin in Clear Lake, Iowa.

Jim had strong faith and believed in a Catholic education, sending his kids to Holy Trinity School and Dowling Catholic High School. He made sacrifices but believed a good education should also focus on faith. Jim was a member of Holy Trinity church and St. Boniface church in Waukee.

Services are private.  Jim's service will be live-streamed on Monday, June 29, 2020 starting at 11:00 a.m., and may be viewed at that time or anytime thereafter at Ernst Funeral & Cremation Services' Facebook Page.  Due to COVID-19 concerns, a celebration of life gathering will be held at a later date.  Memorial contributions can be made to Iowa Public Television or any money sent to the family will be used to purchase a park bench in Clear Lake.

To order memorial trees or send flowers to the family in memory of William "Jim" James Hermann, please visit our flower store.
Send a Sympathy Card